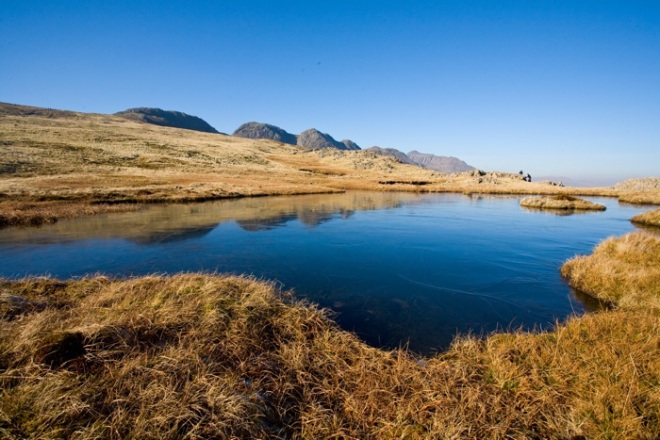 Crinkle Crags is an attractive collection of 5 individual summits that make up this unusual looking fell. Directly opposite Bowfell and commanding a great position at the head of the Langdale Valley Crinkle Crags is well worth a visit.

There are a few option for starting your ascent, Langdale being the most popular but you can also approach from Hardknott Pass. On this visit I approached from Langdale and the typical walk down to Stool End Farm. I got the last parking space of the day and being on my Bike certainly helped in this tight space. 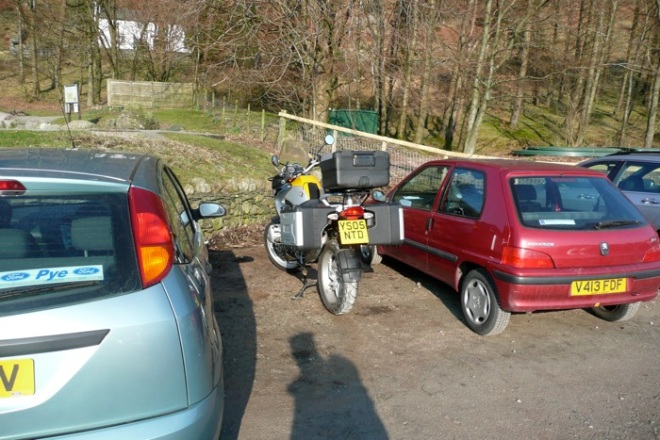 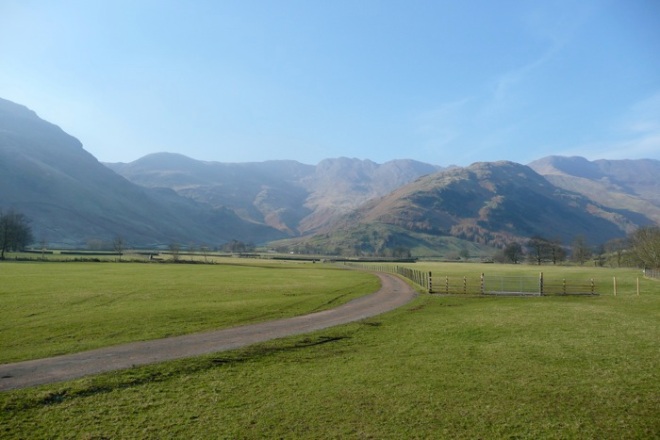 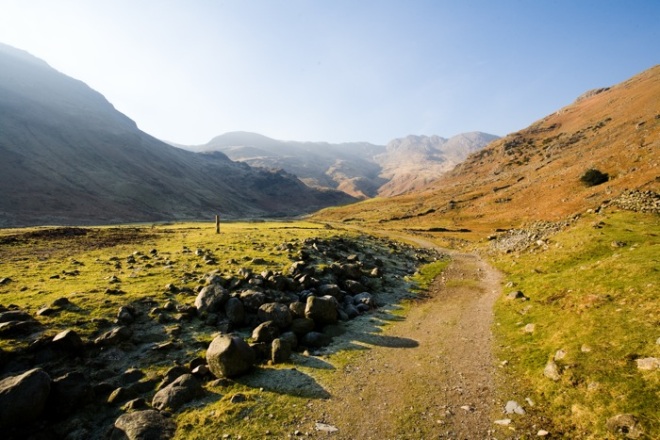 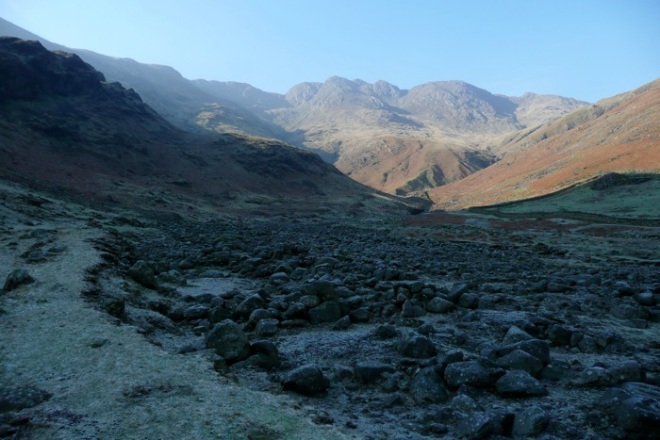 Crossing the river of boulders and climbing up the path in between Pike of Blisco and Great Knott the sun doesn’t get to this face at all during winter months so there was a lot of ice on the path ascending. 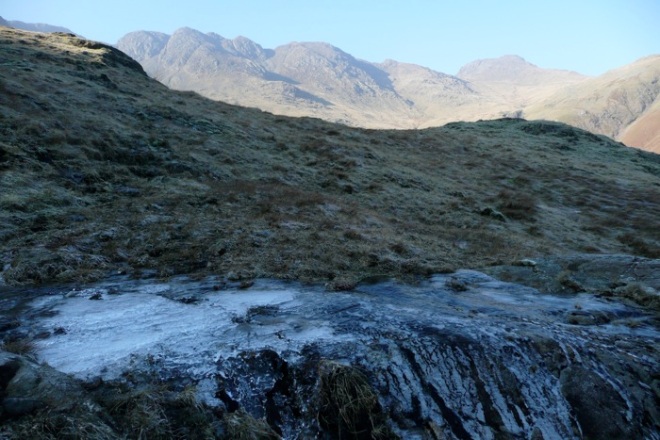 The skies were crisp and blue as I ascended, I knew I was in for a warming when I got to the top as this 360 Equirectangular image below shows. 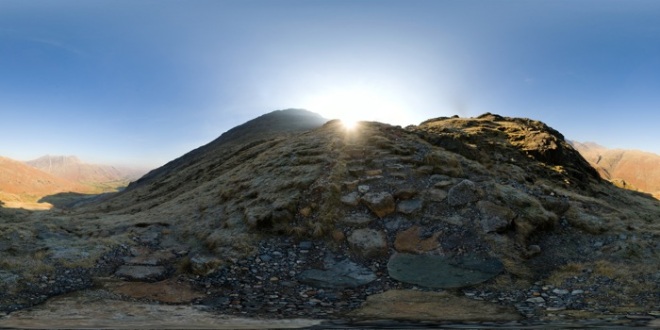 Once out of the shadows you walk south with Pike of Blisco on your left and Wetherlam and Great Carrrs straight ahead over Wrynose Pass. The route to Crinkle Crags is to your right. This is the junction you come to if starting from Hardknott Pass. Turning right just before Red Tarn you eventually reach a smaller unnamed Tarn on your right, a great spot for a little break and a fine view over Crinkle Crags. 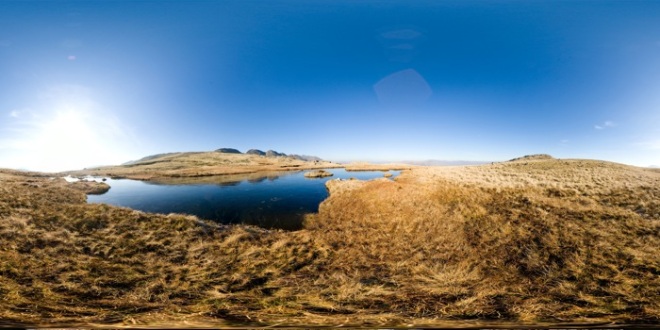 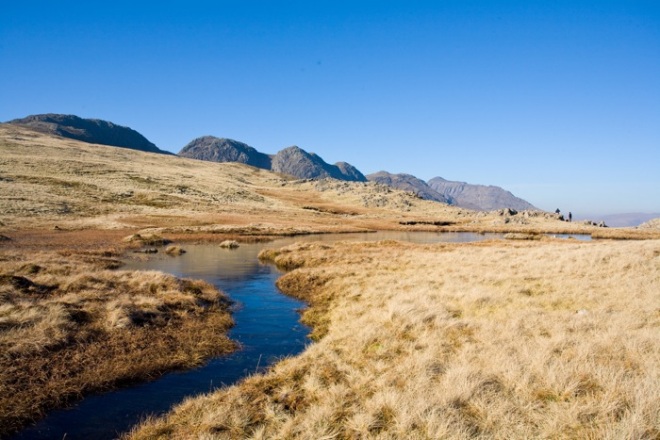 As you approach the summit ridge you are greeted with an interesting obstacle, The Bad Step. It’s a good name, honest and descriptive. 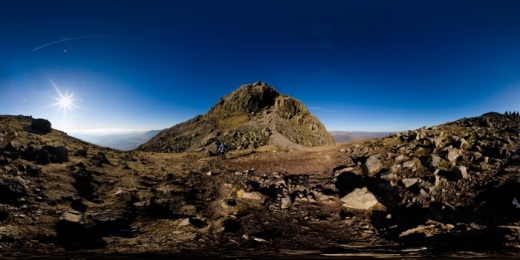 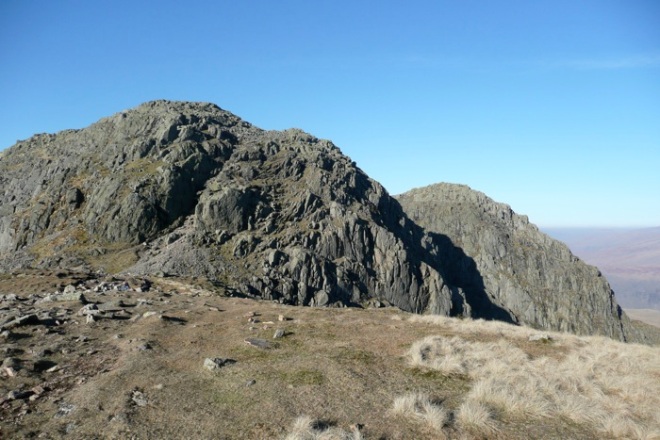 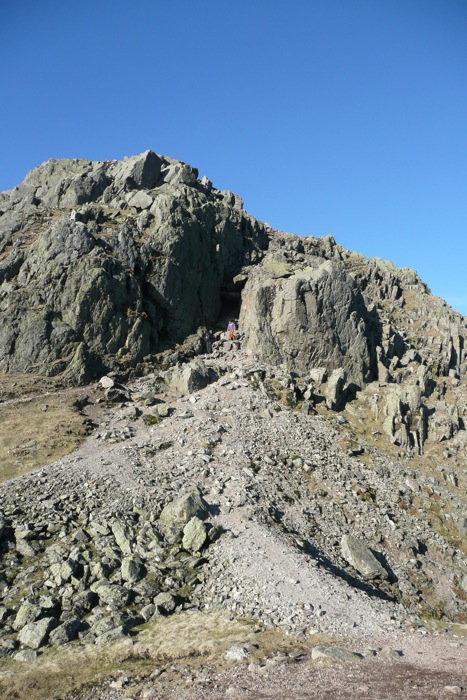 You don’t have to tackle this section like this chap below, there is a path around to the left, which is much easier. 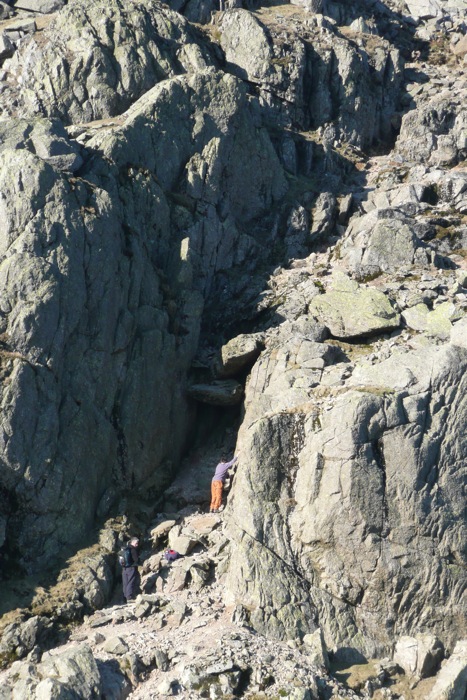 The 5 Crinkles are laid out in front of you, the second of which is the highest point and the official summit. 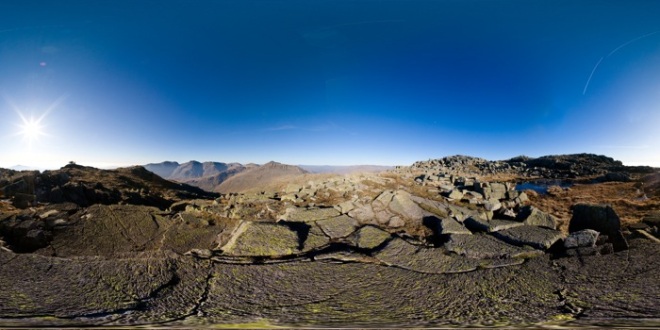 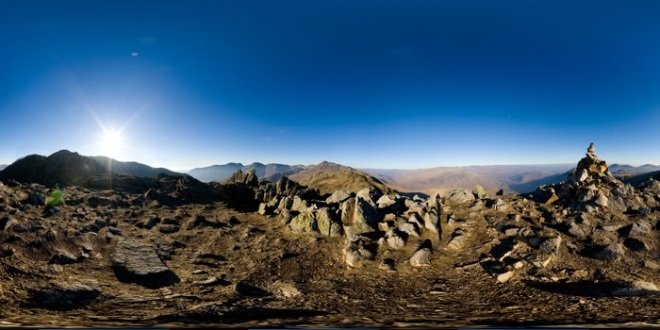 From here you can see down over the Langdale Valley, The Langdale Pikes, round to Bowfell above Three Tarns and back round over the Scafell Range.

As you continue you eventually reach Three Tarns here you can keep on going and take in Bowfell or descent to either the Eskdale Valley (left) or the Langdale Valley via The Band (right). 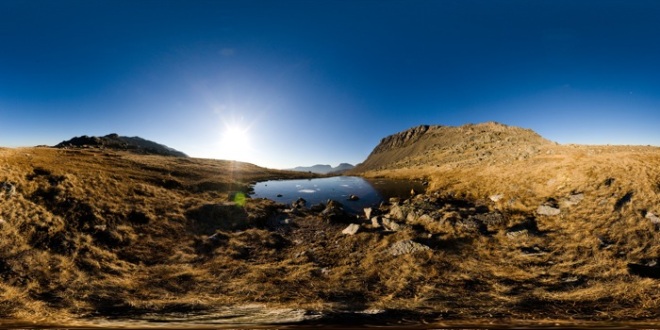 Heading back from this point down The Band and back to Langdale rounded off a great winter walk. 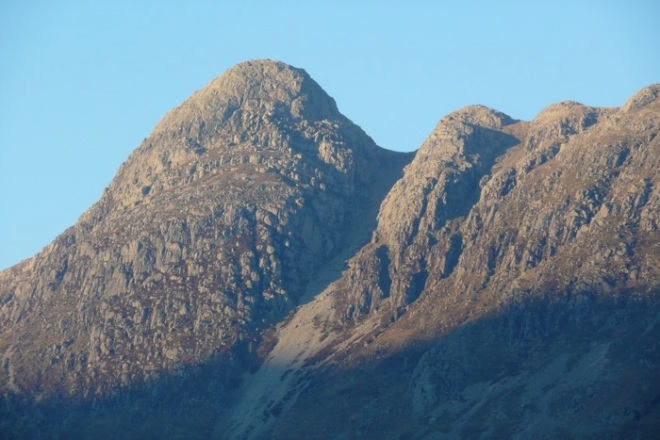 Here you can see more Lake District Photography from Langdale and Crinkle Crags.

2 thoughts on “Crinkle Crags from Langdale”